Rage 2 is both highly stylish and immediately forgettable. It’s a genuinely excellent shooter with identity issues. 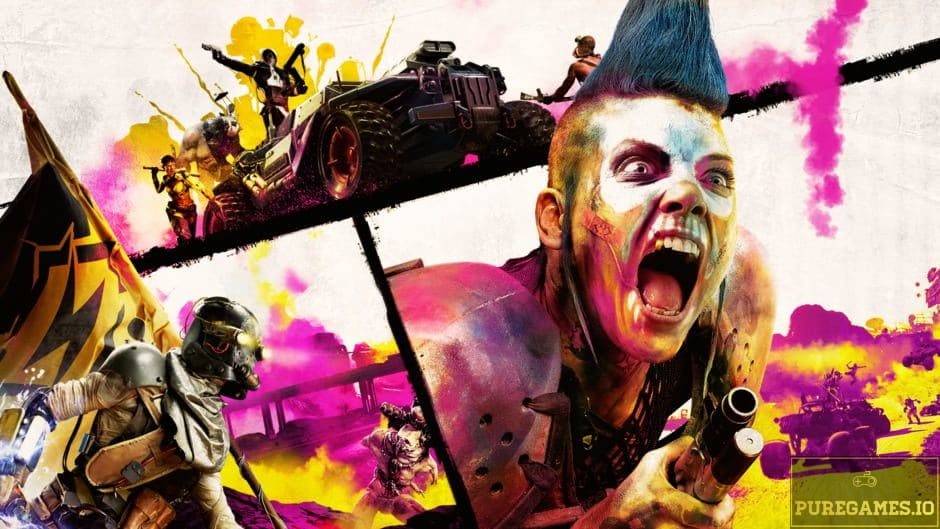 Rage 2 is awash in bright, vivid neon, but damned if it doesn’t look boring as hell.

The original Rage felt like a corridor shooter that was begrudgingly adapted to an open-world environment. It was lauded for the quality of its visuals, but rightfully criticized for a distinct lack of heart. Likely in response to reviews attacking the previous title’s lack of personality, Rage 2 takes the game in the opposite direction. Where Rage was a dystopian post-apocalypse colored in browns and grays, Rage 2 is colored in neon pinks and purples. Somehow, despite the truly fantastic shooting and the extreme palette of the characters this sequel, Rage 2 still remains a largely forgettable traipse through a lifeless, boring wasteland.

You fans of shooter games in the 90s must be familiar with titles such as Doom, Quake, which became one of the pioneers of the first person shooter game. Developed by Avalanche Studios and published by Bethesda Softwork, Rage 2 offers you the experience of playing old school games with open world RPG features with a post apocalypse background like today’s games. This combination is expected to be the beginning of the revival of fast pace shooting games where at this time most are dominated by shooter games that prioritize the realistic side of weapons and environment, and the story is quite serious, very different from the theme of Rage 2.

Rage 2’s story begins with Walker, a ranger from Vineland, one of the cities founded after the Earth was hit by a giant meteor and most of the population of the Earth died. Vineland was attacked by General Gross and his mutant forces, Walker who was adopted by Prowley was killed at the hands of General Gross in the attack. Prowley left a recording for Walker where Prowley asked Walker to continue “Project Dagger” to stop General Cross. 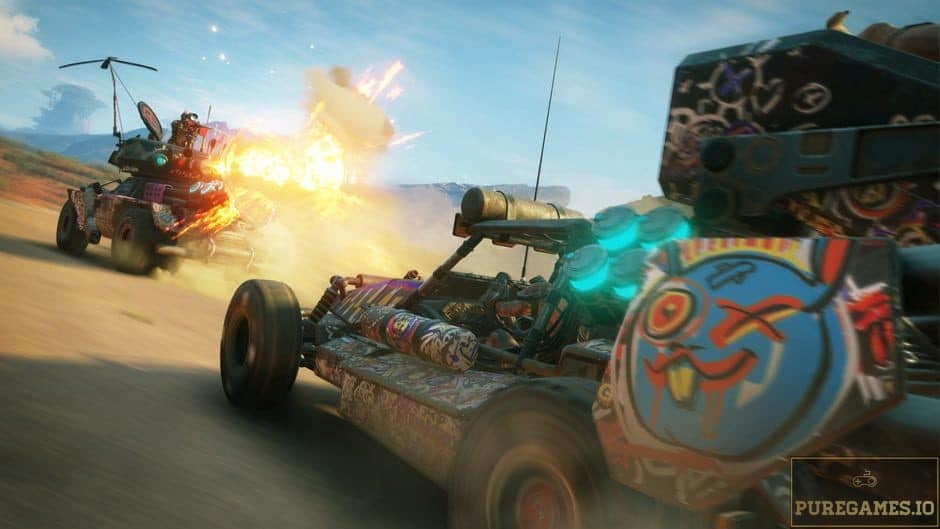 Rage 2 gameplay is no different from many other shooter games, which makes a little difference, which is where the tempo is very fast when shooting. As explained above, Rage 2 is an openworld RPG game that focuses on shooting action. Walker has a special outfit that can make Walker’s abilities improve. We can upgrade the skill tree called Nanotrite Abilities, there are passive and active abilities in the Nanotrite.

In addition to Nanotrite in Rage 2 there are also “projects”, skill trees, which have many passive skills that support to help us complete missions, such as opening new vehicles, increasing the number of bullets, reducing damage received and others. This project can be opened after we build relationships with certain NPCs in the game, the points needed to upgrade the project can be obtained after completing the mission and objectives in the Rage 2 game. 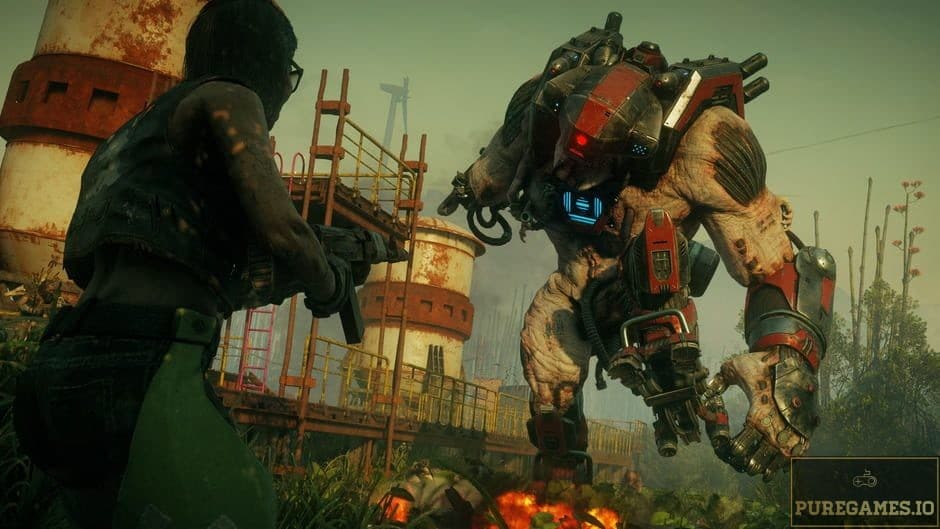 Fortunately, the combat is actually amazing.

There are many types of weapons that can be used in this Rage 2 game, different in other shooting games where the weapon is only a matter of taste of each player, in Rage 2 we must be able to choose the right weapon in different conditions and enemies. You will also made curious about the effects of these weapons that are different when we shoot enemies. To add to the impression of open world in the Rage 2 game we can also choose several types of vehicles, ranging from motorbikes called Raptor to mini planes called icarus which will certainly make the game more fun to play. 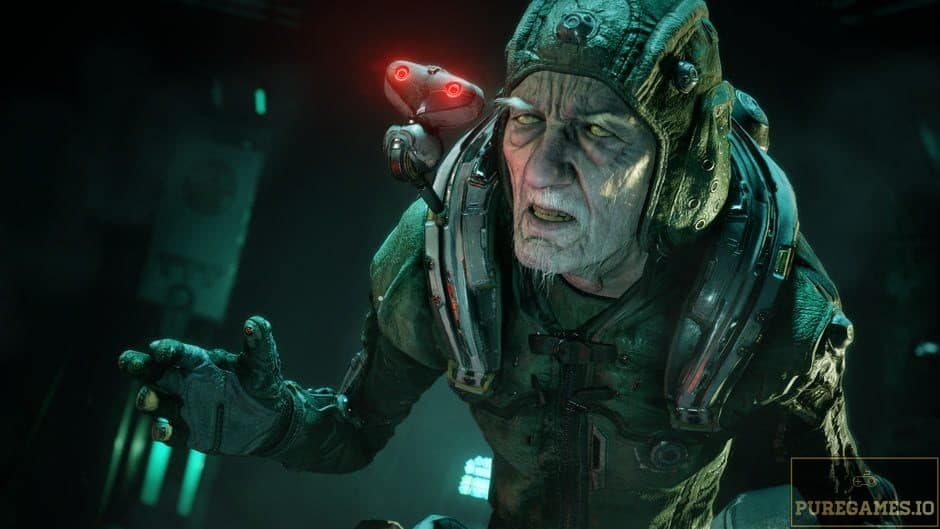 The world is filled with potentially interesting characters that fail to leave a mark.

Rage 2 isn’t quite as visually groundbreaking as the first Rage was, probably because it was developed in the Apex game engine and not an iD Software in-house, custom-built proprietary engine. It doesn’t suffer for it, however. The graphics are perfectly passable in this day and age, but, again, its faults don’t lie in a deficiency of polygons or sub-standard texture quality. It’s in its execution. Rage 2 tries too hard to be Borderlands and Fallout and Far Cry. Its world is massive, but there’s little else to do than fight the randomly-spawned enemies strewn about or partake in one-off mini-quests that involve destroying a tower or clearing out waves of enemies for marginal rewards.

Open-world shooters are a dime a dozen nowadays, yet despite some excellent combat, Rage 2 fails to stand out from the pack. Its world is vividly dull, paradoxical like so much of the game itself. Its massive open world is at once constantly filled with fighting enemies, yet feels lifeless. The true issue is that Rage 2 is startlingly, almost overwhelmingly artificial. Nothing feels real or lived-in; everything feels like it was generated by an algorithm which, knowing the Apex Engine might actually be true. If you're in it for the killing, you'll walk away from Rage 2 a satisfied gamer. Don't bother digging deeper for substance because there isn't any to find here. 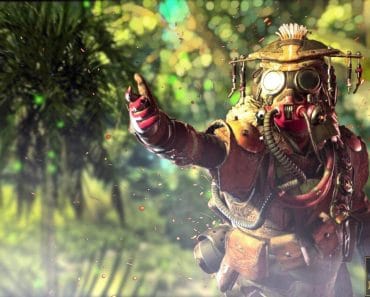