I guess the title of this game is good enough to know what exactly to expect. Retro Shooting is a new game published by SHMUP HOLIC which takes you to a very nostalgic and action-packed adventure. As what the title of the game suggests, Retro Shooting is a vertical scrolling shooter game which takes you to a series of challenging levels. The main objective of this game is to operate your aircraft and destroy all the enemies that you will encounter along the way. What makes the game so special is the retro-inspired graphics that will surely remind you of the classic arcade shooter games. If you think you can easily master this game, feel free to explore Retro Shooting and see what else the game has to offer. 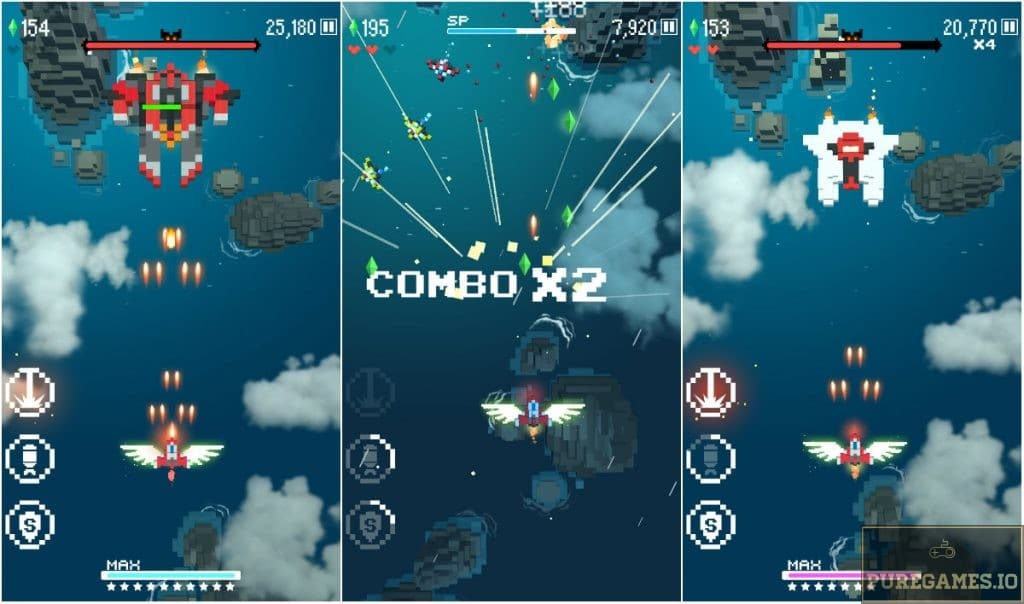 The mechanics of the game are generally simple and easily manageable. Unfortunately, Retro Shooting doesn’t come up with any story which could have made this game even more engaging. Despite the missing element, Retro Shooting comes with impressive gameplay that every player will enjoy. For those who grew up loving those action-packed vertical shooter games in a classic arcade machine, Retro Shooting will provide you the same experience. Your goal in this game is to eliminate all the enemies you encounter along the way.

Here’s how it works. As soon as the game starts, it will prompt you right away to the battle zone. You will be asked to maneuver an aircraft. As the battle commences, your aircraft will arrive from the lowermost portion of the stage. The enemies, on the other hand, will come in waves and they will all arrive from the opposite end. They will start to descend and you must strategically position your aircraft and shoot them all. The level is cleared when you have defeated all the enemies. If there is one thing you must avoid, it is to get hit by the enemies. It will instantly destroy your aircraft and it gives you no other option but to start the same level back from the very beginning. 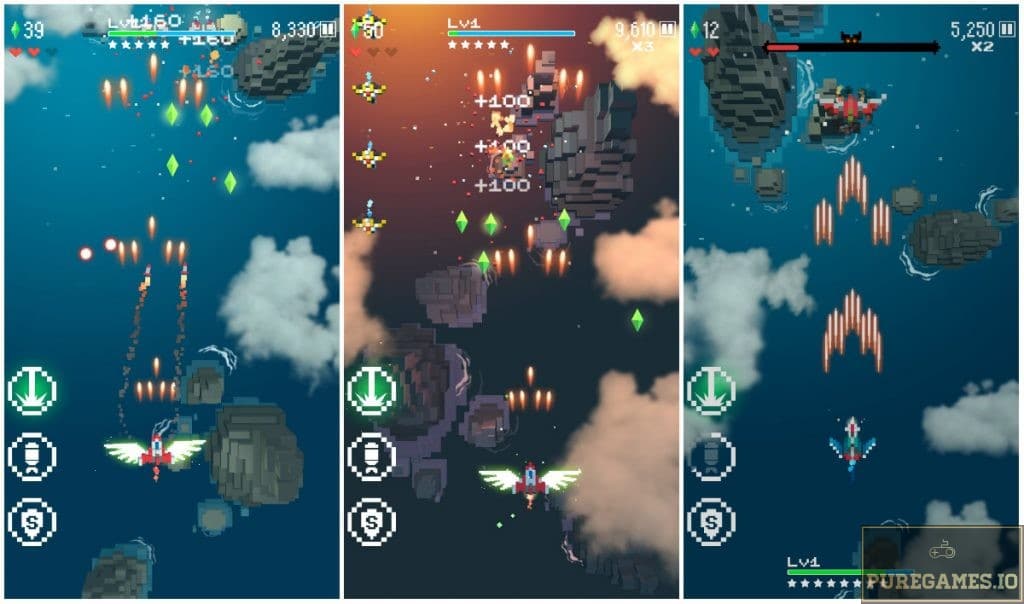 They will not include Retro on their title for no good reason. Retro Shooting remains faithful to its goal and that is to deliver a retro-inspired shooter. Adorned with pixelated graphics and 8Bit Audio effect, Retro Shooting captured a classic arcade game and managed to incorporate some modern elements to it at the same time. Much like a classic shooter game, ss soon as you enter the battle, your aircraft will start firing automatically. All you need to do is to tap and drag the aircraft in a strategic position to shoot all the incoming foes while preventing the ship from being hit.

Ammunition is infinite in this game much like a typical vertical shooter. Every enemy you destroy will drop items in the form of gems or medals. Interestingly, medals will dramatically increase your firepower and fire rate. For every medal you collected, it will give you additional skill point which fills up your SP Bar (located on the topmost portion of the screen). You can see how your fire rate changes drastically. The more medals you collect the more powerful you become. 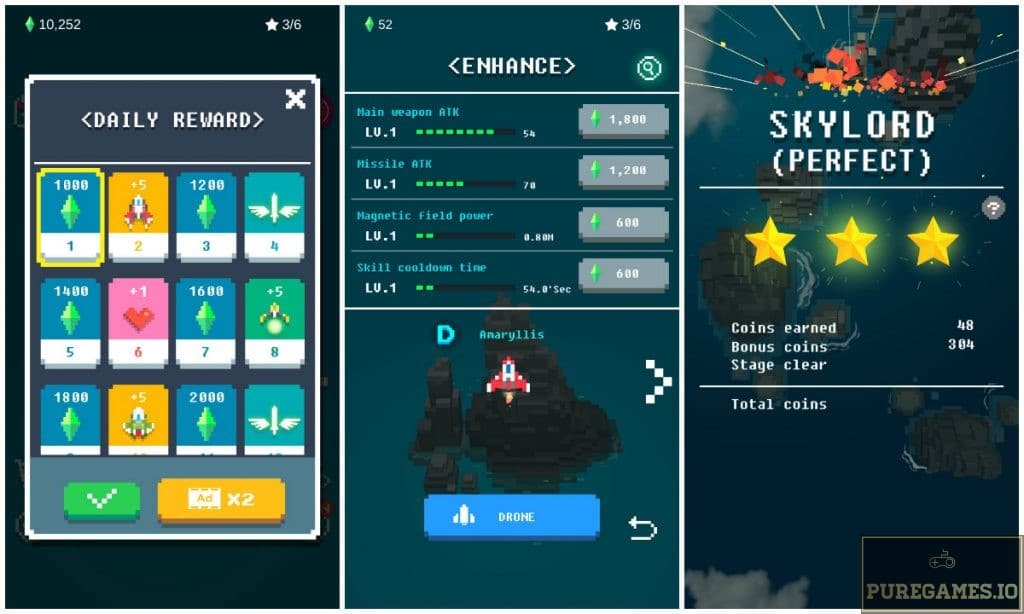 Upgrades and Boosters are two of the most essential element in this game to maximize your chances of winning. As you progress, enemies will become stronger and you must cope up with them by upgrading your aircraft. Take note that you can only access the upgrade menu every time you cleared a stage or before entering a new one. The upgrades allow you or enhance your aircraft’s basic attributes such as Main Weapon ATK rate, Missile ATK, Magnetic Field Power and Skill Cooldown Time. Prices for upgrades are exponentially increasing. If you have earned enough gems, you can also buy Drones that will accompany you in every battle.

During the battle, you can also take advantage of the Boosters or Skills. Located on the far left side of the screen are three buttons. They will become accessible if you have killed enough enemies or gained enough skill points. Skills are destructive powers you can use for a short period of time. It is also interesting to note that there are Special Missions in this game which require you to follow certain conditions. You also face Boss Battles from time to time which is far more challenging than typical levels. 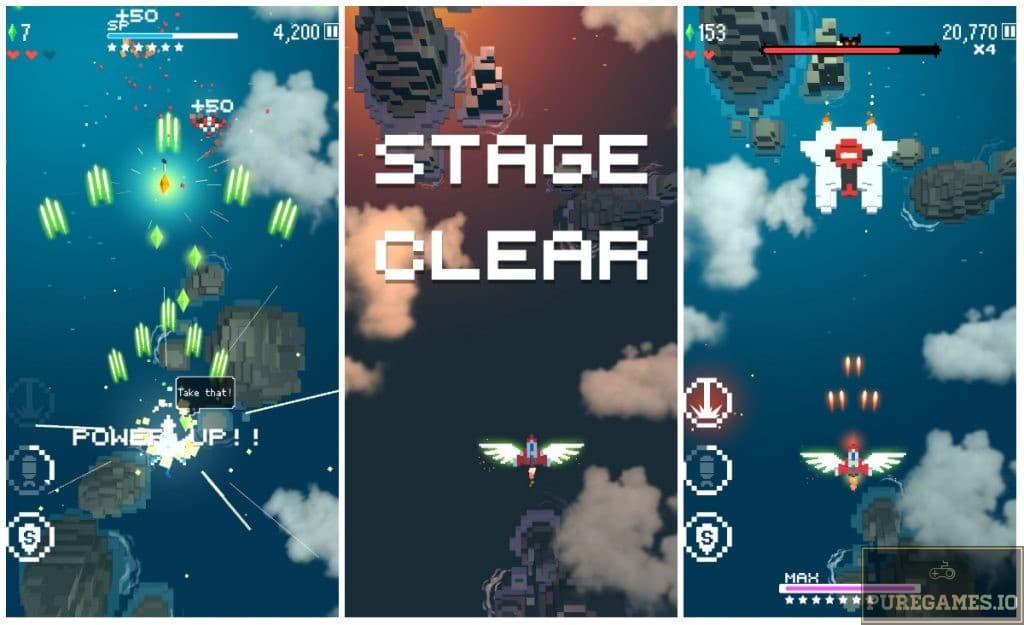 Simple, fun and surprisingly addictive and nostalgic. This is how you can perfectly describe Retro Shooting. The game managed to merge both retro-inspired and modern elements in this game which results in an awesome gameplay. Interestingly, this game works well even without an Internet connection and it will not consume much of your phone storage either. To top it all, the game also features an Upgrade system that allows you to buy new Aircraft and an Achievement System that provides Retro Shooting a remarkable replay value and longevity. Overall, it is a decent game and something you can confidently include on your mobile. Currently, Retro Shooting is available for both Android and iOS devices and you can download this super nostalgic game absolutely for free. Have fun! 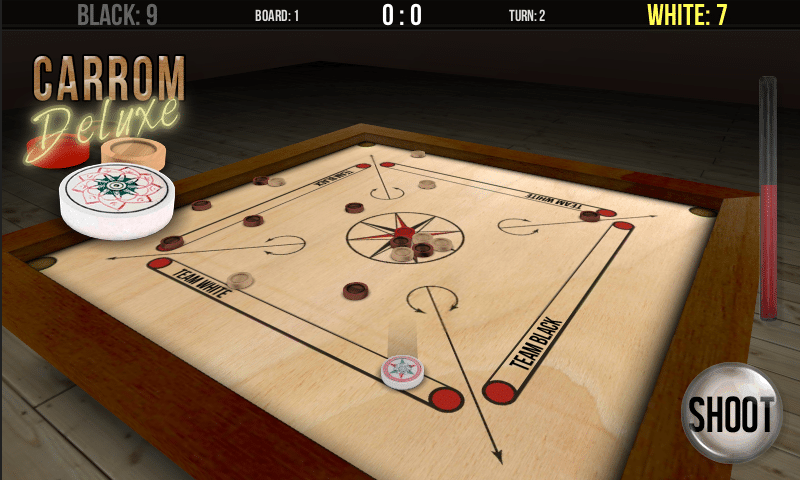 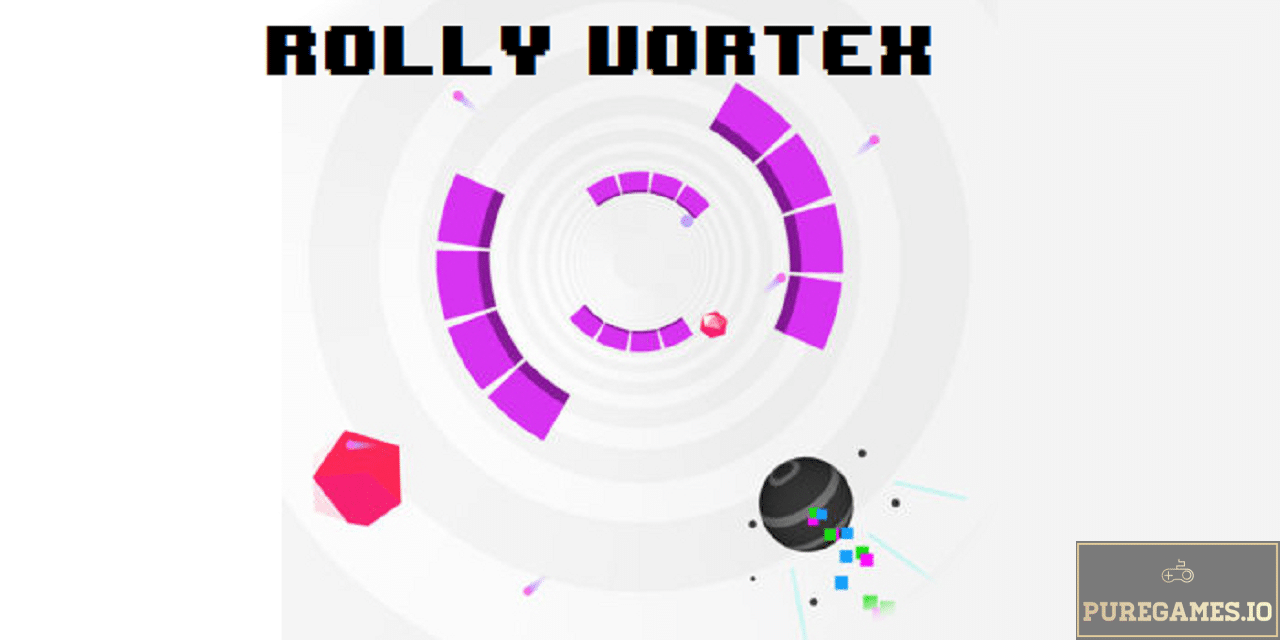 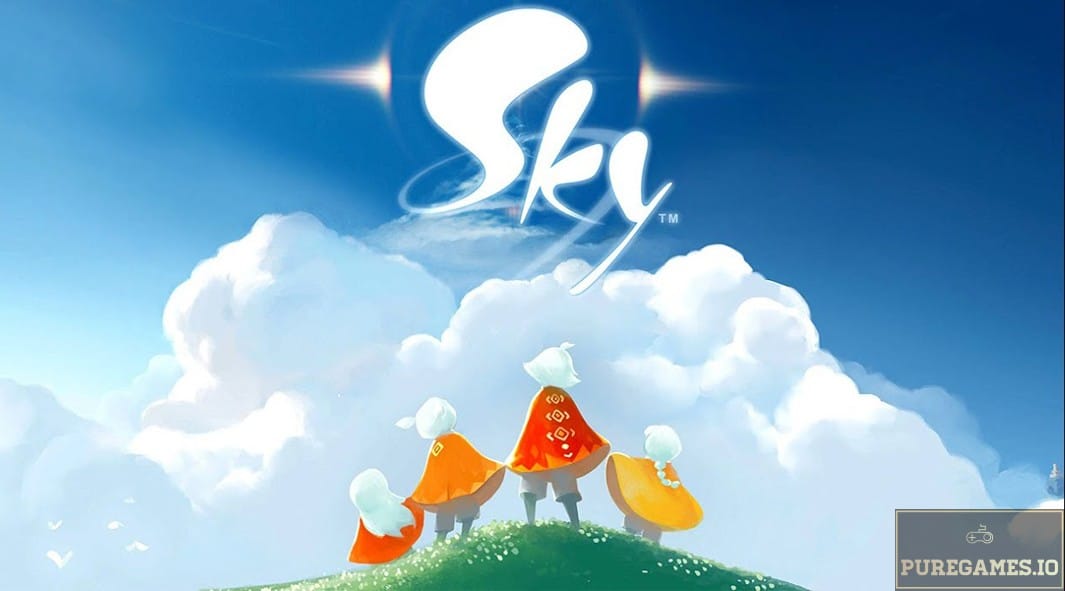 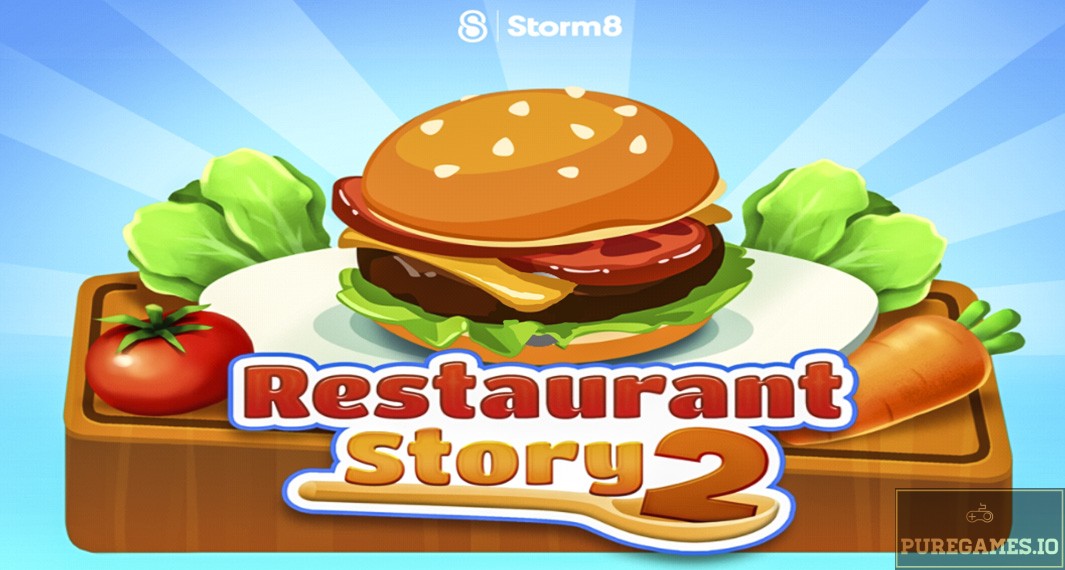